The iconic Sir Frank Whittle jet plane statue in Harborough now has a new patron after Gazeley, the specialist logistics real estate developer behind the successful Magna Park development in Lutterworth agreed a new five year deal to sponsor and maintain the plane.

Air Commodore Sir Frank Whittle was a British Royal Air Force air officer. He is credited with single-handedly inventing the turbojet engine.   A replica of the first British jet designed in Lutterworth a Gloster E.28/39 aircraft has been in place in the centre of a Lutterworth roundabout since 2003.  The statue, at the junction of Rugby Road and the bypass, honours the achievements of Sir Frank Whittle, the pioneer behind the jet engine who worked in the town between 1936 and 1943.

The £40,000 replica was installed by the Sir Frank Whittle Trust and Gazeley’s support will help to maintain and safeguard the presence of the statue.

Speaking about the news Gwyn Stubbings Gazeley Planning Director said: ‘We are very pleased to be able to sponsor the iconic Whittle Memorial Jet roundabout and play a role in preserving this important monument. This is the second time we have pledged support for the jet plane having made a financial donation towards a maintenance package in 2016. Sir Frank Whittle is one of Lutterworth’s most famous citizens played a key role in the history of Harborough and it is important that his work is well remembered. As a prominent business in the area and provider of large scale employment opportunities, Gazeley is committed to supporting local projects and community initiatives. We support activities include education, well-being and health, sport and recreation, environment, community connectedness and youth activity. Enhanced support will be given to local business and employment led projects’. 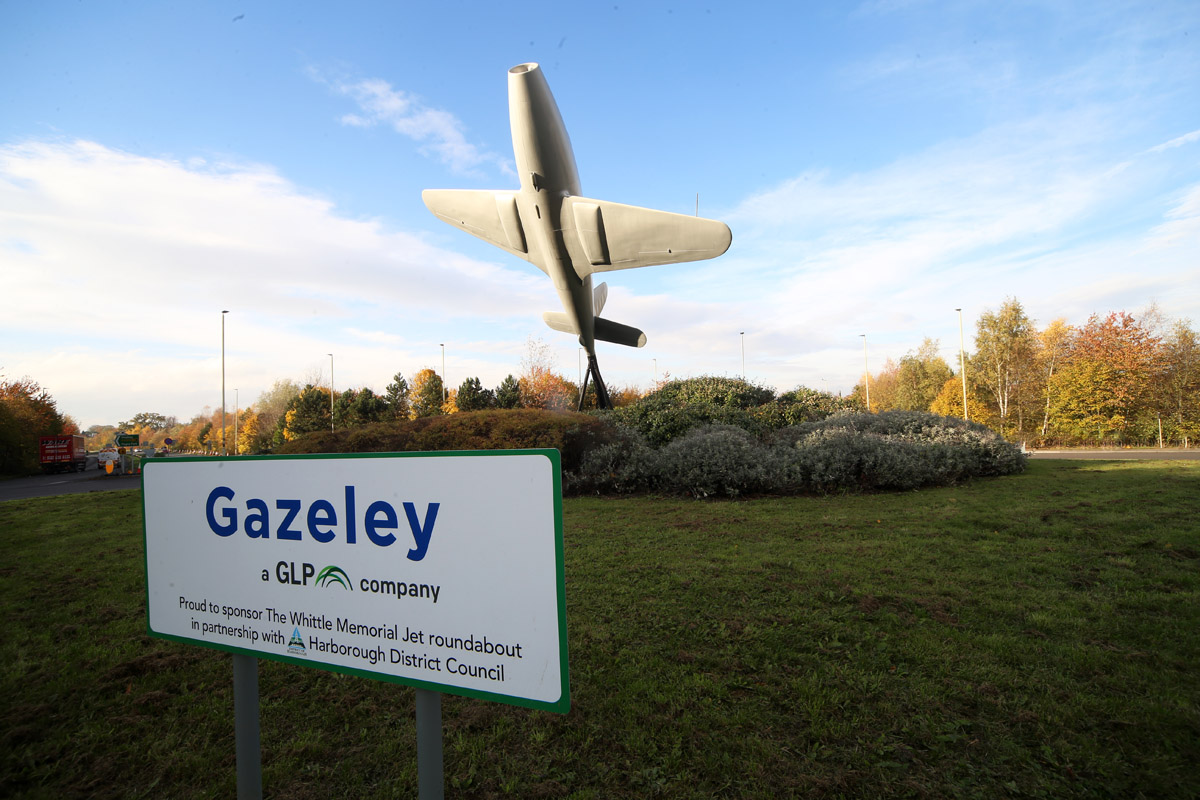 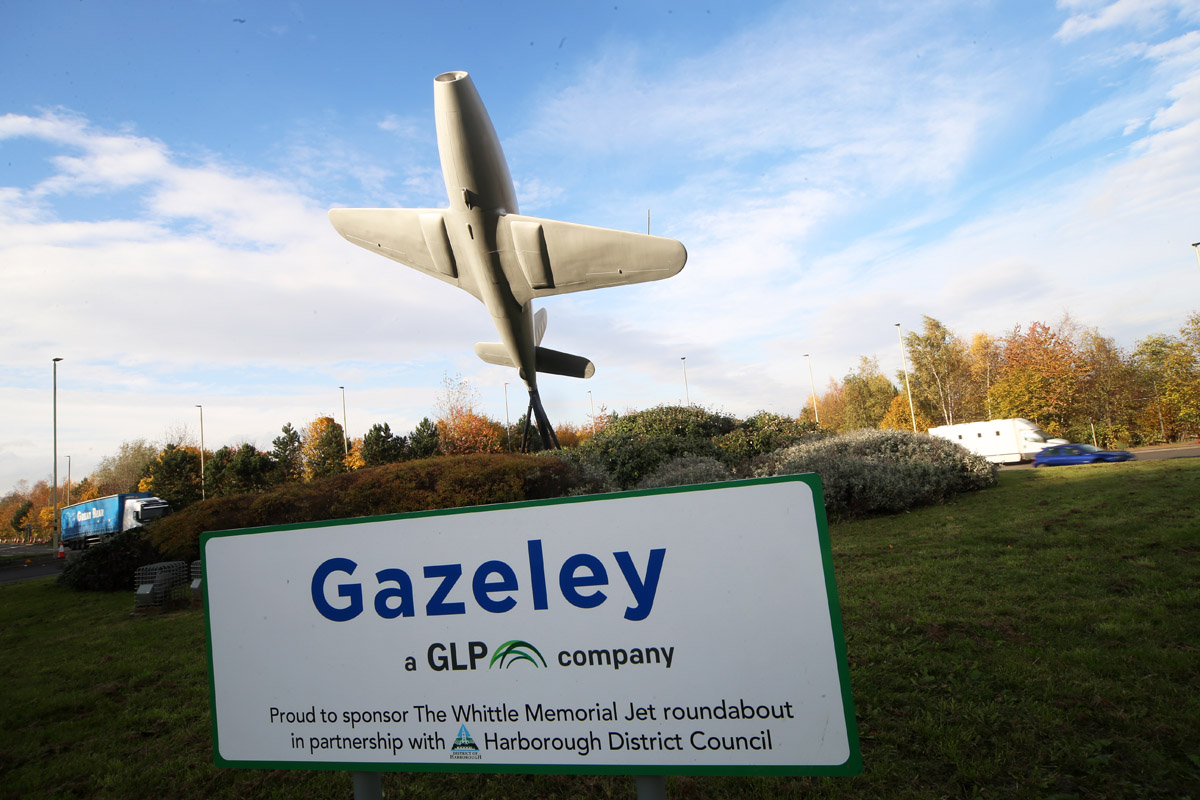 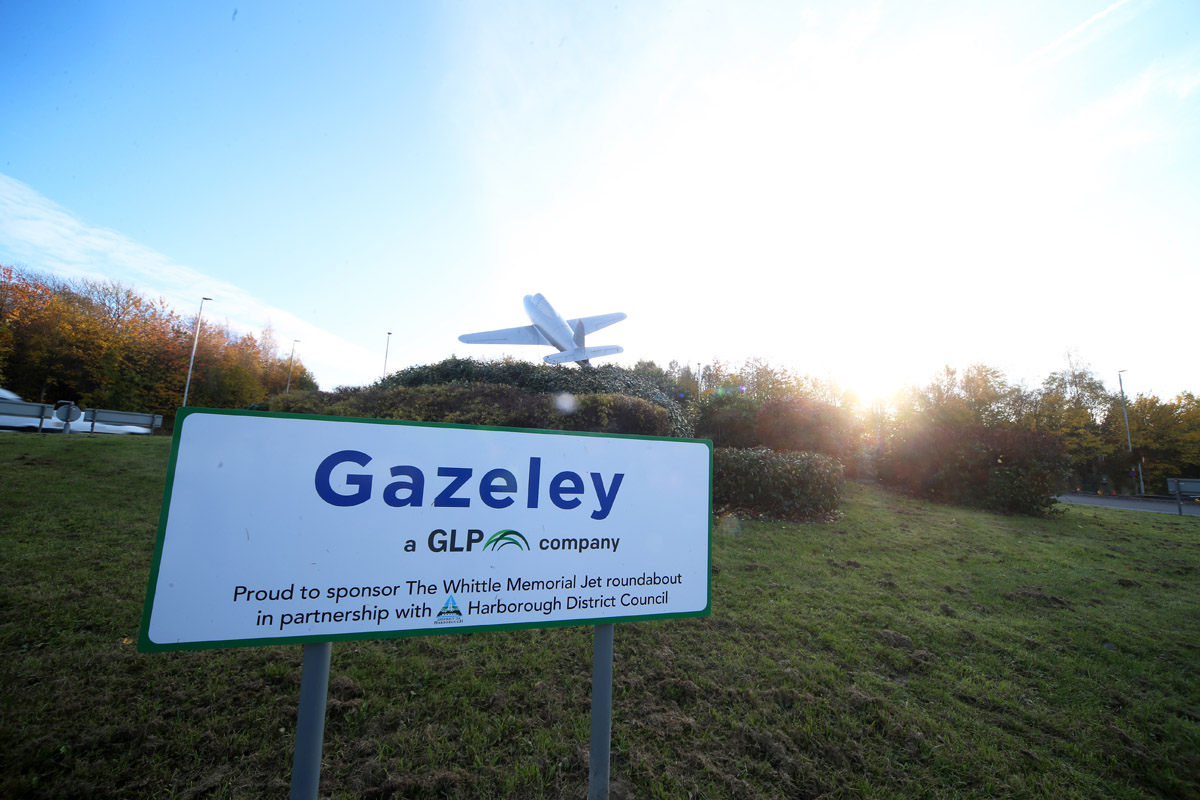 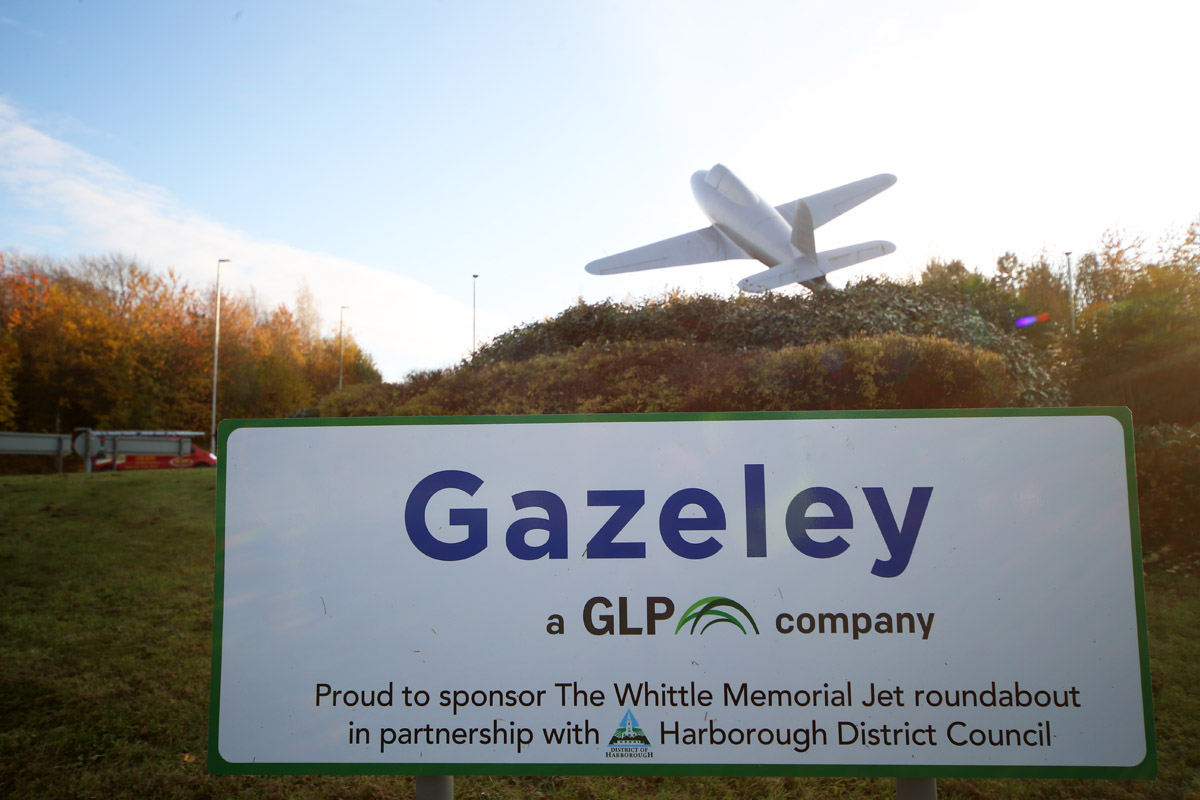 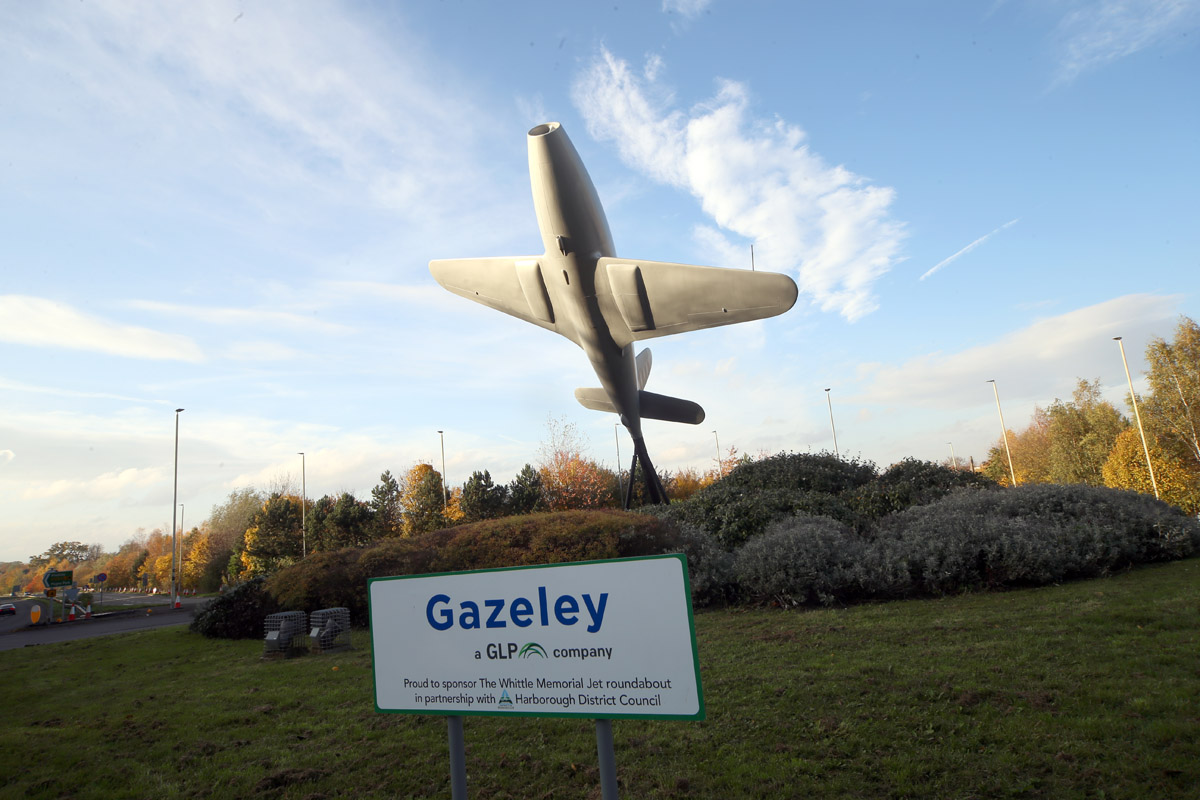 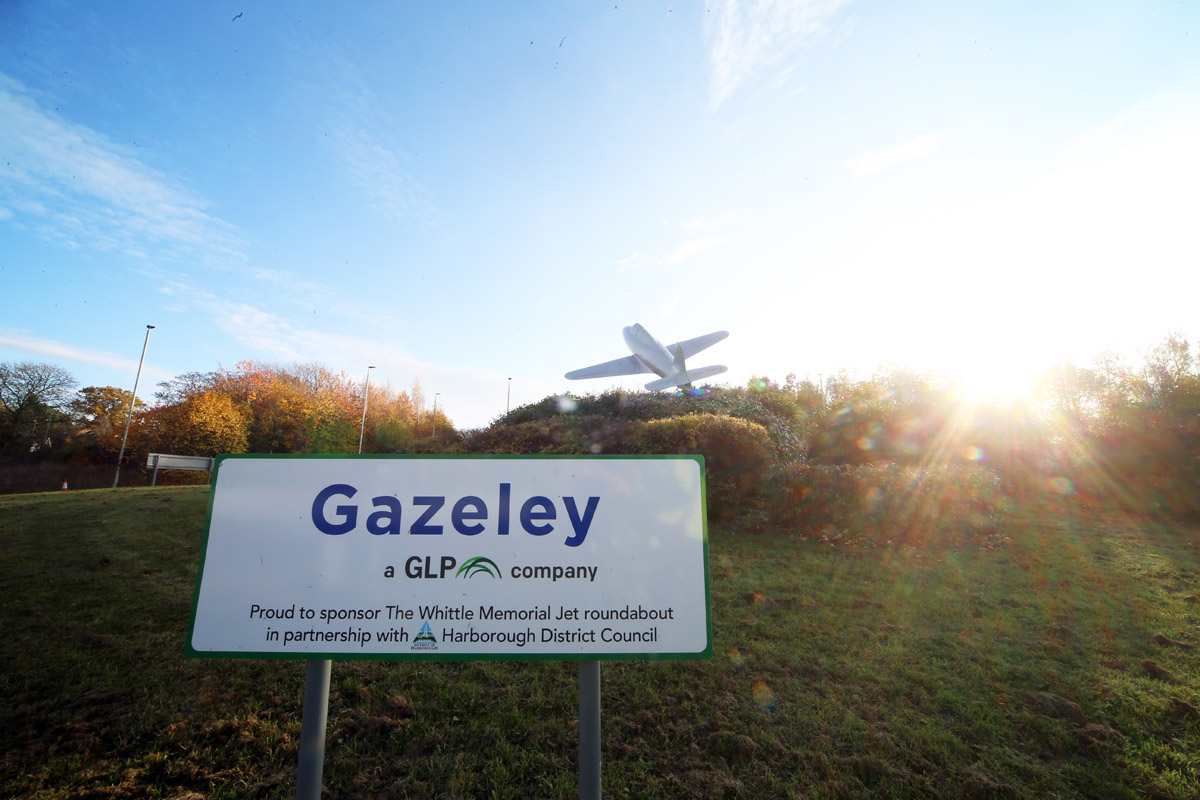 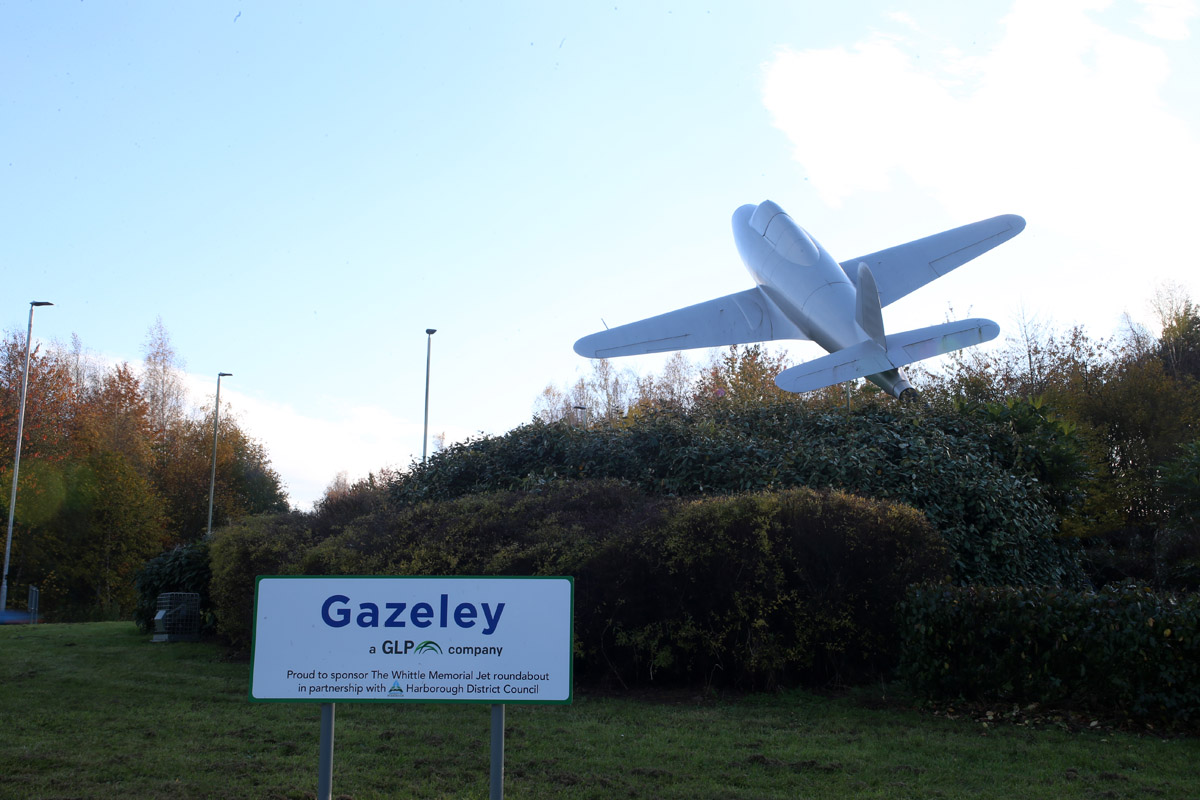 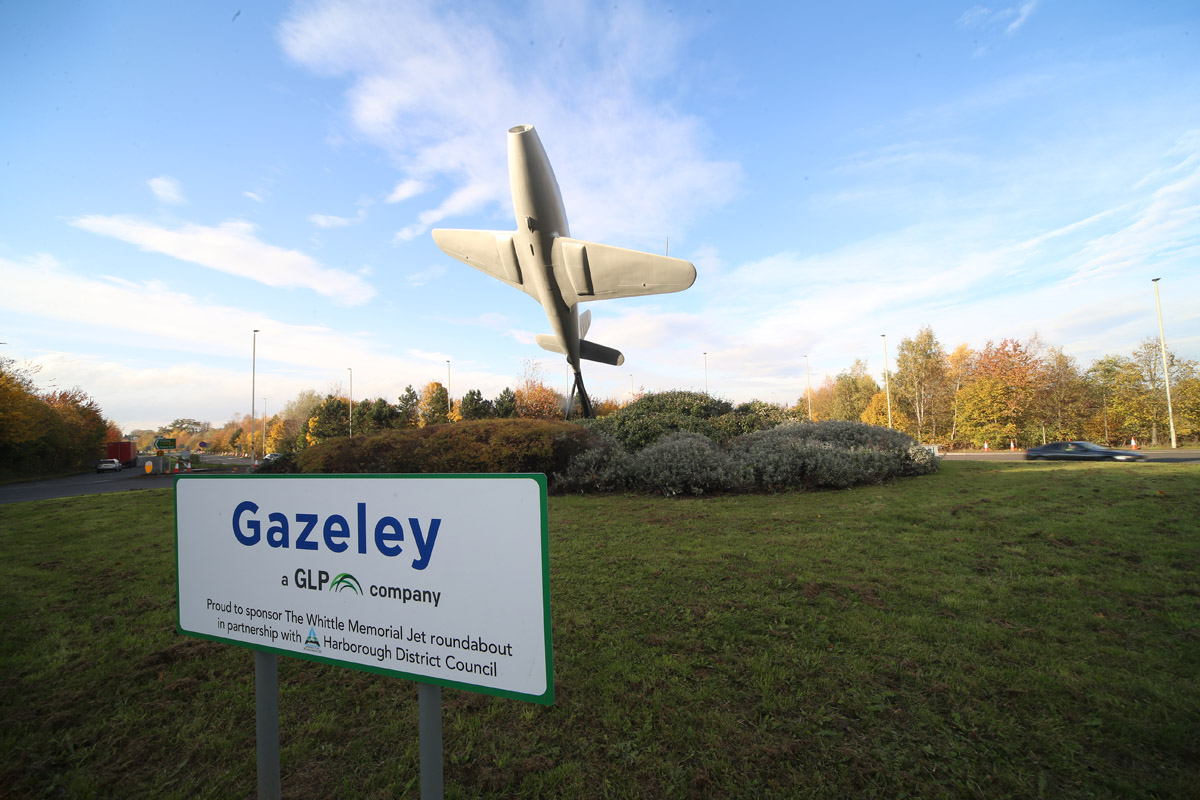